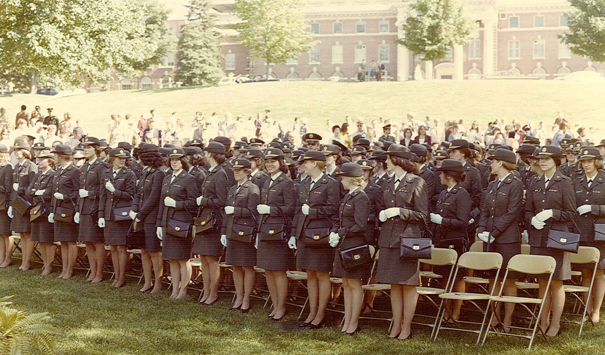 In 1964, the School of Nursing signed a contract to provide baccalaureate nursing education for the Department of the Army.  Two years later, the first students entered the Walter Reed Army Institute of Nursing (WRAIN) in Washington, D.C. Between 1968 and 1978, 1,100 women and men graduated from WRAIN and became commissioned officers in the Army Nurse Corps. WRAIN differed from many other nursing programs because it drew students from across the country and attracted large numbers of males and African-Americans.