HomeLiving History MuseumVirtual TourHistory of the School of NursingImplementing Academic Ideals at UMSON: 1966-1989

The School of Nursing emerged as a nationally respected institution under the leadership of Marion I. Murphy (1966-1978) and Nan B. Hechenberger (1978-1989). Dean Murphy expanded the undergraduate and graduate programs (among the largest in the nation by the early 1970s), made continuing education a third instructional arm, and pioneered outreach programs.

Faced with sagging enrollment and diminished resources for much of her tenure, Dean Hechenberger was nonetheless able to launch the state's first doctoral program (1979) and assemble a research and community service-minded faculty.

Practical and political, the student uniform of the 1970s reflected contemporary casual fashion, the emergence of new nursing roles, and a growing female consciousness fostered by the women's movement of the 1960s. The addition of a School of Nursing patch dates from the early 1960s.

Scenes like this one, a senior on clinical rotation in University Hospital's Neonatal Intensive Care Unit, became commonplace in the 1970s. 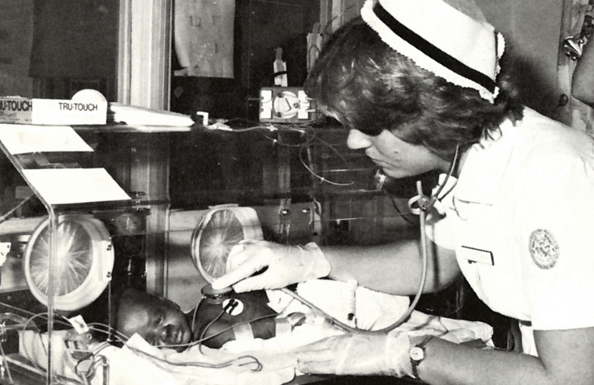 Reproduced from the 1978 Pledge.

Yearbook photographs of the 1980s captured the novelty of computers in clinical settings. 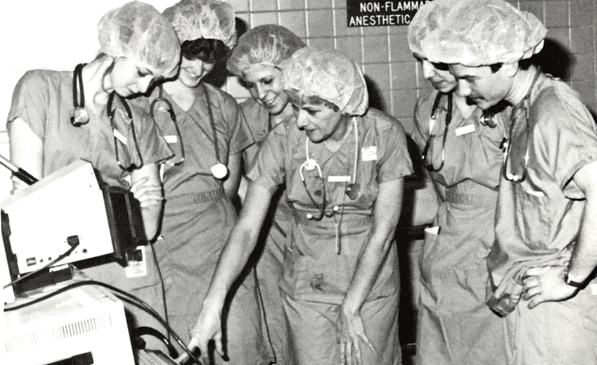 Reproduced from the 1982 Pledge.

Explosive enrollment during the 1970s and the closing of Parsons Hall in 1984 suggested that the commuter life was here to stay. 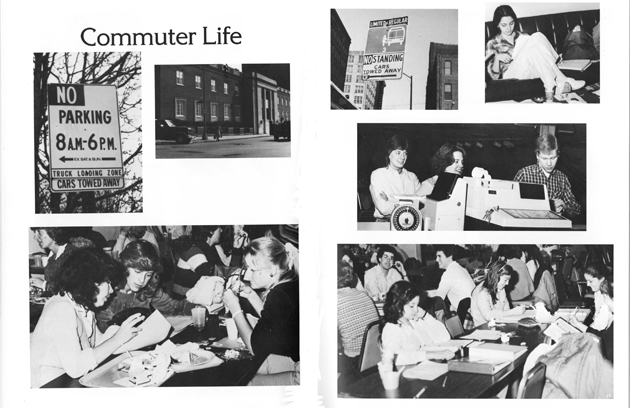 Reproduced from the 1983 Pledge.