During 2019, we are commemorating the 130th anniversary of the University of Maryland School of Nursing's impact on nursing education and its continuing leadership in Maryland and around the world.

These events are part of UMSON's 130th Anniversary Celebration organized by the Office of Development and Alumni Relations.

At the 130th Anniversary Gala, we honored the five newest members of the University of Maryland School of Nursing’s prestigious group of Visionary Pioneers, alumni who have made a significant impact on and contribution to the field of nursing based on their leadership, innovation, or entrepreneurship. They join our 25 inaugural Visionary Pioneers, selected in 2014 during the School’s 125th anniversary celebration. Every five years, an additional five Visionary Pioneers are named to this esteemed group. 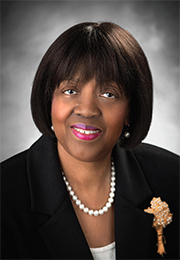 Bertha L. Davis, PhD, MS ’77, RN, ANEF, FAAN, is a retired dean and professor emerita of nursing of Hampton University in Virginia and a retired lieutenant colonel in the U.S. Army Reserve Nurse Corps. For more than four decades, she has effectively advanced each organization that she has been affiliated with and has had an enduring impact on nursing education for baccalaureate, master’s, doctoral, and advanced practice students matriculating in both civilian and military settings. Dr. Davis has demonstrated leadership as a champion of underserved populations throughout her distinguished career. She was the founding director of the first PhD in nursing program at a historically black college or university, and her advocacy and research have traversed national and international arenas where health disparities have burdened traditionally underrepresented ethnic and racial groups and homeless populations. She has been the director and investigator on numerous federally and privately funded grants that have assisted diverse students, civilians, and military populations while fulfilling community needs.

Dr. Davis led a team of professionals to prepare nurse leaders and educators through Operation Smile during two medical missions in Monrovia, Liberia, and subsequently created the Hampton curriculum model that embraces humanitarian and cultural issues. In her position with the U.S. Army Reserve Nurse Corps, Dr. Davis was well aware of the needs of our military heroes. For almost two decades, she trained the military’s workforce for the 9/80/5th Health Services Battalion, Wilmington, Delaware. In addition, she has been the co-owner of a family-based business — RTW Rehabilitation Services Inc., now Career Options Inc. — for three decades. Having served as a rehabilitation counseling/psychiatric consultant, she provided vocational counseling services for the U.S. Department of Veterans Affairs. She now provides vocational rehabilitation counseling services for the U.S. Department of Labor. Dr. Davis is a fellow of the American Academy of Nursing and of the Academy of Nursing Education; a member of Sigma; a recipient of the National League for Nursing’s Isabel Stewart Award for Excellence in Teaching, an inductee into
Tuskegee University’s Nursing Hall of Fame, and a graduate of the U.S. Naval War College. 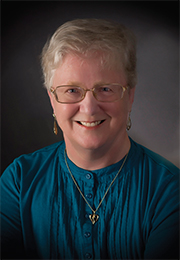 She developed principles for telehealth practice, competencies for nurses, and a monograph of international perspectives on telenursing. Working in the national informatics technical standards area as the only registered nurse, she had the responsibility to make sure all documents addressing informatics in health care used inclusionary language, avoiding naming “physicians” separately and instead using “physicians and health care professionals.”

In 1997, she was appointed as the first endowed chair in NI at the University of South Florida College of Nursing. In 2007, at Walden University, she consulted on the design and development of the graduate NI curriculum for the nursing school, then became the specialization coordinator for NI and assistant professor in the Master of Science in Nursing program. At Chamberlain University, as professor, dean, and program director, she created an NI community of practice, leading to a robust research program including development of two instruments to measure self-perceptions of NI competencies: TIGER-based Assessment of Nursing Informatics Competencies (TANIC) and Nursing Informatics Competency Assessment Level 3/Level 4. These instruments have been used in doctoral programs, published, and presented nationally and internationally.

Her belief that NI is key to improving collection of data will continue to improve nurses’ decision-making and patient care. 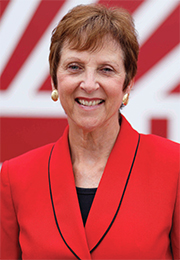 Dr. Newhouse was appointed to the Methodology Committee of the Patient Centered Outcomes Research Institute and is currently serving as the committee’s chair. She has served on multiple Institute of Medicine committees and is the immediate past chair of the AcademyHealth Board. Dr. Newhouse was inducted into the Sigma Nurse Researcher Hall of Fame in 2014 and received the American Nurses Credentialing Center President’s Award in 2015. In 2017, she was elected as a member of the National Academy of Medicine.

Dr. Newhouse is currently serving as the lead investigator for Indiana University’s Grand Challenge: Responding to the Addictions Crisis. This Grand Challenge is a $50 million initiative in partnership with the state and major health care systems in Indiana to reduce substance use disorders, the number of people who die due to opioid overdoses, and babies born exposed to substances that experience neonatal abstinence syndrome.

Dr. Newhouse is also principal investigator of two current studies. The first study tests the effectiveness and implementation of a Screening Brief Intervention Referral to Treatment (SBIRT) toolkit to identify people who use substances and to secure the help that they need across settings that range from critical-access hospitals to academic health centers. The second study assesses the workforce available to address the addictions crisis across the state and will create a web-based resource for clinicians to use to refer people who use substances to treatment when indicated. 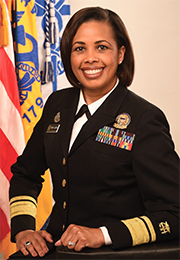 Rear Adm. Sylvia Trent-Adams, PhD, MS ’99, RN, FAAN, FNAP, is the principal deputy assistant secretary for health in the U.S. Department of Health and Human Services. She shares responsibility with the assistant secretary for health for planning, coordinating, and directing substantive program matters; developing policies and programs; and determining and setting legislative and program priorities covering the full range of public health activities within the Office of the Assistant Secretary for Health.

Rear Adm. Trent-Adams has held various positions in Health and Human Services, working to improve access to care for poor and underserved communities. As a clinician and administrator, she has had a direct impact on building systems of care to improve public health for marginalized populations domestically and internationally.

Prior to joining the U.S. Public Health Service, she was a nurse officer in the U.S. Army.
Rear Adm. Trent-Adams received her Bachelor of Science in Nursing from Hampton University; a Master of Science in Nursing and Health Policy from the University of Maryland School of Nursing; and a Doctor of Philosophy from the University of Maryland, Baltimore County. She became a Fellow of the American Academy of Nursing in 2014. She was elected as a member of the National Academy of Medicine’s Class of 2018. 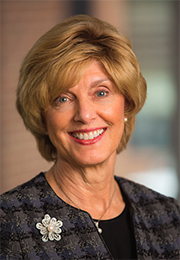 Margaret Chamberlain Wilmoth, PhD, MS ’79, MSS, BSN ’75, RN, FAAN, joined the faculty of the School of Nursing at the University of North Carolina, Chapel Hill in August 2017 as the inaugural executive dean and as associate dean for academic affairs. Previously, she was the inaugural dean of the Byrdine F. Lewis School of Nursing and Health Professions at Georgia State University, where she led the transformation of educational programming in the health professions. She was an early leader in examining the impact of cancer and other chronic illnesses on intimacy and sexuality. Her more recent work has examined the well-being of reserve-connected military children, psychiatric evacuation from the theater of war, and deployment-related health policy. She was inducted as a Fellow of the American Academy of Nursing in 2008 and is one of the inaugural co-chairs of its Expert Panel on Military and Veterans Health. Dr. Wilmoth was named a Robert Wood Johnson Foundation Health Policy Fellow 2009-10, through which she had the opportunity to work in the Office of the Speaker of the U.S. House of Representatives, Nancy Pelosi.

Gen. Wilmoth had a concurrent career in the U.S. Army Reserve, where she commanded units of various size and complexity, including serving as the first nurse and female commanding general of a medical brigade with responsibility for wartime readiness of all the U.S. Army Reserve medical assets in the Southeastern United States, including Puerto Rico. In her final assignment, she was promoted to major general and assigned to the Office of the Surgeon General, U.S. Army, where she served as the deputy surgeon general for the Army Reserve. She was the first female and nurse to serve as Deputy Surgeon General for the Army Reserve. Her prior assignment was in the Office of the Assistant Secretary of Defense, Health Affairs. She was appointed by the secretary of the Army to serve two terms on the Army Reserve Forces Policy Committee. Gen. Wilmoth is the recipient of the Distinguished Service Medal, the Defense Superior Service Medal, the Legion of Merit, the Meritorious Service Medal with four oak leaf clusters, and the Expert Field Medical Badge; she also holds the ‘9A’ Proficiency Designator in Medical-Surgical Nursing awarded by the surgeon general, U.S. Army. She is a member of the Order of Military Medical Merit.

Fill out my online form.

Since 1889, UMSON has shaped the profession of nursing and the health care environment by developing leaders in education, research, and practice.

Want to learn more about our history?