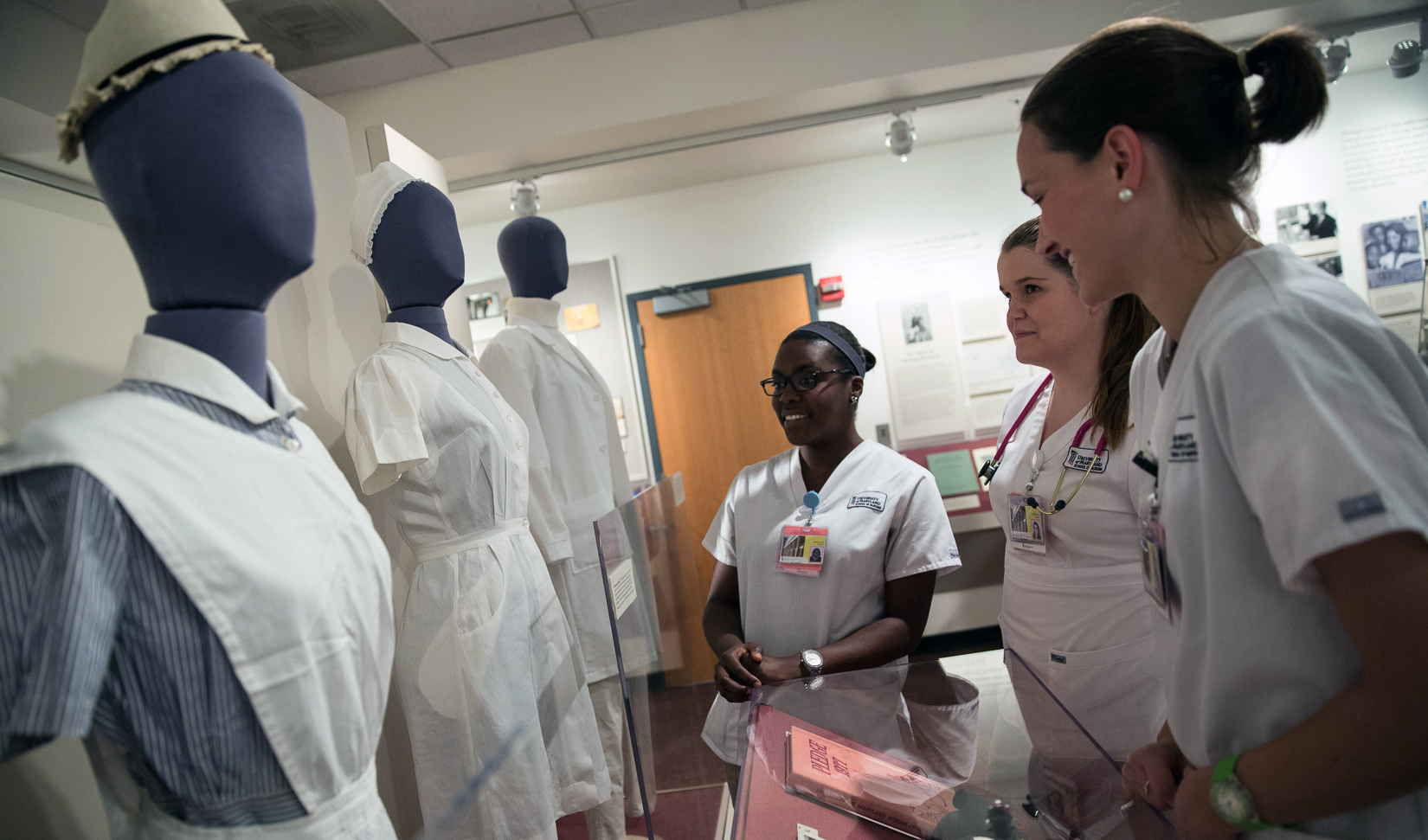 The museum's historical collections consist of artifacts, documents and documenting the history of UMSON from the School's founding in 1889 to the present day. Among the holdings are:

View highlights of museum collections on display below.

(Select a photograph to enlarge it.)