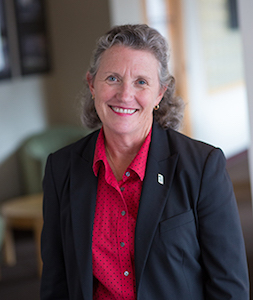 Dean Kirschling’s clinical expertise is in mental health nursing with a focus on end-of-life care.  Early in her career, Dean Kirschling’s research centered on assisting families through the process of providing care for a terminally ill loved one and through the grieving process after death. For two decades, she has focused on workforce development.

At the national level, Dean Kirschling served on the American Association of Colleges of Nursing (AACN) Board of Directors from 2003-14, including serving as president from 2012-14. She currently serves as a member of the Advisory Committee for AACN’s Foundation for Academic Nursing, the organization’s fundraising entity. She founded the Kentucky Nursing Capacity Consortium and co-convened Kentucky’s Action Coalition to implement the Institute of Medicine’s (IOM) recommendations from its 2010 report on the Future of Nursing. Dean Kirschling currently serves as co-convener of the Maryland Action Coalition, which is implementing the IOM recommendations in Maryland. 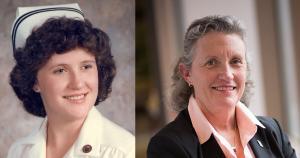 Dean Kirschling was profiled in a series featuring Campaign for Action Coalition leaders discussing their career trajectory and the lessons they've learned along the way. Read the article to learn why she decided to become a nurse, her journey to becoming an RN, and more.

Throughout her career, Dean Kirschling has received numerous awards for her accomplishments, including the Beth Wessinger Award from the Oregon Hospice Association in 1995, the Organization of Maine Nurse Executives Leadership Achievement Award in 2003, the Agnes E. Flaherty Leadership Award from the American Nurses Association-Maine in 2006, and the Hospice and Palliative Nurses Association’s Leading the Way Award in 2013. Dean Kirschling received the Kentucky Nurses Association’s Nurse of the Year Award in 2010. In 2018, she received the Sister Bernadette Arminger Award from AACN and in 2019 the University of Maryland Medical Center recognized her with the Nursing Colleague Award.

Each year, the Dean Jane M. Kirschling Excellence in Leadership Award is presented to an employee in the spirit of Dean Kirschling's legacy, "to leave UMSON a better place to work and learn, a place that values inclusiveness, civility and respect."