The School’s current simulation labs were opened as part of the $38 million, 154,000-square-foot new School of Nursing building in 1998, but UMSON’s role in clinical simulation began earlier.

UMSON was a model in simulation education for other nursing schools beginning in the 1990s, when patient acuity in hospitals was on the rise. Under the leadership of Dean Barbara Heller, the School opened a $138,000 "mini hospital" for undergraduate students known as the Helene Fuld Nursing Laboratories in recognition of the foundation that funded its creation. Directed by Dr. Elizabeth Arnold, the two-story facility was in the now-demolished Whitehurst Hall.

When plans for the current building were developed, Dean Heller ensured there would be space for a dramatically expanded clinical simulation program. The new labs, and those at the Universities at Shady Grove, were overseen by Debra Spunt until 2007.

In 2004, when UMSON opened its simulated operating room under the leadership of Dean Janet Allan, the School was home to 24 labs, the most of any nursing school in the nation. 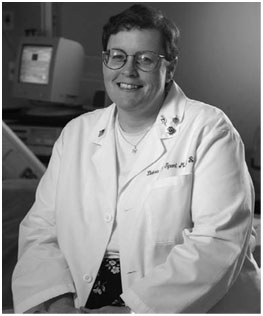 As an innovator in simulation learning, Dr. Spunt participated in the landmark 2003 National League for Nursing/Laerdal study, Designing and Implementing Models for the Innovative Use of Simulation to Teach Nursing Care of Ill Adults and Children: A National, Multi-Site, Multi-Method Study. NLN asserts that under Dr. Spunt’s leadership, the School’s labs were "considered the preeminent nursing student learning labs in the world."

Dr. Spunt was co-founder of the International Nursing Association for Clinical Simulation and served as its first president. She received many honors and awards throughout her life, including induction as a fellow in the American Academy of Nursing.

Learn more about our labs by downloading a fact sheet.