The development of innovative educational and clinical processes during challenging times such as a pandemic is key to the preparation of nurses for practice in an ever-evolving and complex health care environment. This conference is designed to explore models, interventions, practices and policies that are advancing the preparation of the future nursing workforce and innovation in academic and practice partnerships.

Registration costs for this year’s summit are being subsidized by the Maryland Nursing Workforce Center, a Nurse Support Program II-funded initiative.

The first 100 registrants will receive a complimentary copy of keynote speaker Brian Castrucci's book, The Practical Playbook: Public Health and Primary Care Together.

No presenter or planner disclosed a conflict of interest that would bias this program.

Nurses may receive 5.0 contact hours for participating in this educational activity. Partial credit is not provided. Participants receive a CNE certificate via email from UMSON approximately two to four weeks after completing the online evaluation form. All requests must be received within 60 days of the activity.

The University of Maryland School of Nursing is accredited as a provider of continuing nursing education by the American Nurses Credentialing Center’s Commission on Accreditation.

60% of the participants will report the sessions provided information that enhance, validate, or cause a change in practice.

All abstracts must be submitted using the online submission process. We recommend reviewing the following guidelines as you prepare your abstract. If you have any questions during the submission process, please contact us at pe.nursing@umaryland.edu.

The primary author (presenter) will receive email notification of the review committee's decision after April 29. The primary presenter is expected to relay this information to all co-authors.

All accepted posters will require the primary author to record a five-minute presentation of their poster that will be available for all participants during the virtual summit. In addition to virtual presentations, there will be a scheduled time for poster presenters to answer questions live via the virtual conference platform’s chat feature. Additional details will be provided for accepted abstracts.

MDAC reserves the right to edit the abstracts for posting. 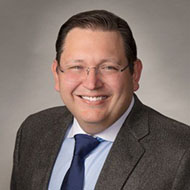 Brian C. Castrucci, DrPH, MA, is the president and chief executive officer of the de Beaumont Foundation. He has built the Foundation into a leading voice in health philanthropy and public health practice.

An award-winning epidemiologist with 10 years of experience working in state and local health departments, Castrucci brings a unique perspective to the philanthropic sector that allows him to shape and implement visionary and practical initiatives and partnerships and bring together research and practice to improve public health.

Under his leadership, the de Beaumont Foundation is advancing policy, building partnerships, and strengthening the public health system to create communities where people can achieve their best possible health. Among the projects he has spearheaded are CityHealth, the BUILD Health Challenge, and the Public Health Workforce Interests and Needs Survey. He is also an editor and contributing author to The Practical Playbook. Public Health. Primary Care. Together, published by Oxford University Press in 2015.

Castrucci has published more than 70 articles in the areas of public health systems and services research, maternal and child health, health promotion, and chronic disease prevention. His recent work has focused on the public health needs of large cities, the need for better data systems, and public health system improvements.

Susan Hassmiller, PhD, RN, FAAN, senior adviser for nursing, joined the Robert Wood Johnson Foundation (RWJF) in 1997. In this role, she shapes and leads the Foundation’s nursing strategies in an effort to create a higher quality of care in the United States for people, families and communities. Drawn to the Foundation’s “organizational advocacy for marginalized and under-resourced populations,” Hassmiller is helping to assure that RWJF's commitments in nursing have a broad and lasting national impact.

In partnership with AARP, Hassmiller directs the Foundation’s Future of Nursing: Campaign for Action, which seeks to ensure that everyone in America can live a healthier life, supported by a system in which nurses are essential partners in providing care and promoting health. This 50-state and District of Columbia effort strives to implement the recommendations of the Institute of Medicine’s report on the Future of Nursing: Leading Change, Advancing Health. Hassmiller served as the report’s study director. She is also serving as co-director of the Future of Nursing Scholars program, an initiative that provides scholarships, mentoring, and leadership development activities and postdoctoral research funding to build the leadership capacity of nurse educators and researchers.

Previously, Hassmiller served with the Health Resources and Services Administration, where she was the executive director of the U.S. Public Health Service Primary Care Policy Fellowship and worked on other national and international primary care initiatives. She also has worked in public health settings at the local and state level and taught community health nursing at the University of Nebraska and at George Mason University in Virginia.

Hassmiller, who has been very involved with the Red Cross in many capacities, was a member of the National Board of Governors for the American Red Cross, serving as chair of the Disaster and Chapter Services Committee and national chair of the 9/11 Recovery Program. She is currently a member of the National Nursing Committee, and is serving as immediate past board chair for the Central New Jersey Red Cross. She has been involved in Red Cross disaster relief efforts in the United States and abroad, including tornadoes in the Midwest, Hurricane Andrew, Sept. 11, the 2004 Florida hurricanes and Katrina, and the tsunami in Indonesia.

Hassmiller received a PhD in nursing administration and health policy from George Mason University, master’s degrees in health education from Florida State University and community health nursing from the University of Nebraska Medical Center, and a bachelor’s degree in nursing from Florida State University. She is the recipient of numerous national awards in addition to receiving the distinguished alumna award for all the schools of nursing from which she graduated and three honorary doctoral degrees. Most notably, Hassmiller is the 2009 recipient of the Florence Nightingale Medal, the highest international honor given to a nurse by the International Committee of the Red Cross. 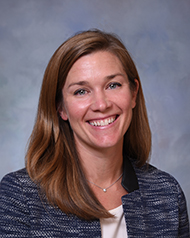 Katie Wunderlich, MPP, began her tenure as executive director of the Maryland Health Services Cost Review Commission (HSCRC) in September 2018. In that role, she has led the Commission through the transition from the hospital-based All-Payer Model to the Total Cost of Care Model, which focuses on hospital and non-hospital system transformation to enhance patient care, improve health, and lower costs. To successfully transform the delivery system, the new Total Cost of Care Model gives the state the flexibility to tailor initiatives to the Maryland health care context, encourages providers to drive health care innovation, and provides new tools and resources for primary care clinicians to better meet the needs of patients with complex and chronic conditions and help Marylanders achieve better health status overall.

Previously, Wunderlich was the principal deputy director at HSCRC overseeing the Center for Provider Alignment and Engagement that works with hospitals, physicians, and other health care providers in partnership with patients to achieve the goals of the new model and transform health care delivery. Before joining the HSCRC in 2016, Wunderlich was a deputy legislative officer in Maryland Gov. Larry Hogan’s Legislative Office. She also served as director of government relations for the Maryland Hospital Association and as a budget analyst for the General Assembly’s Legislative Services department. She has a Master of Public Policy degree from George Washington University.

No presenter or planner disclosed a conflict of interest that would bias this program.