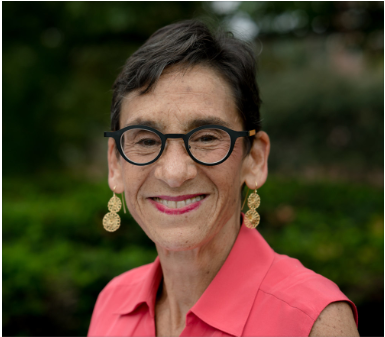 Baltimore, Md. – Barbara Resnick, PhD ’96, RN, CRNP, FAAN, FAANP, professor and Sonia Ziporkin Gershowitz Chair in Gerontology at the University of Maryland School of Nursing (UMSON), was recently voted president-elect of the Gerontological Society of America (GSA). She will take on the new role beginning in November.

Resnick will serve as president-elect in 2015-2016, and then become president for the 2016-2017 term. GSA officers are responsible for overseeing the governance and strategic planning of the organization while representing the Society’s four membership sections and its Emerging Scholar and Professional Organization.

“Dr. Resnick is a prolific researcher, scholar, and mentor who has received numerous awards for her work in gerontology,” said UMSON Dean Jane M. Kirschling, PhD, RN, FAAN. “She is an excellent and deserving choice for this leadership role, as it will allow her the opportunity to shape national health policy in this critical area. We are very pleased that Dr. Resnick will be continuing our School’s strong tradition of producing faculty members and graduates who are committed to providing professional service and leadership at the highest levels.”

Founded in 1945, GSA is a multidisciplinary organization devoted to research and education in all aspects of gerontology, which include medical, biological, psychological and social. It is the driving force behind the advancement of gerontology, both domestically and internationally. The Society believes that the intersection of research from diverse areas is the best way to achieve the greatest impact and promote healthy aging.

“I am honored to serve in the role of GSA’s president-elect, and in the future, as its president.  GSA has the opportunity to be a leader in interdisciplinary work in the areas of gerontology and geriatrics, including educational aspects, research, practice and policy,” Resnick said. “I believe GSA can serve as a strong leader in bench to bedside translation, and can be an example of how this can be accomplished. GSA has the opportunity to expand in the area of dissemination research while leading our members to disseminate and help appropriate individuals in settings of care to implement evidence-based interventions nationally and internationally.”