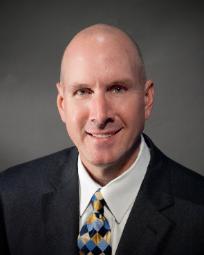 Associate dean is responsible for operational, financial, and administrative leadership.

As associate dean for administration and finance, Gardiner is serving in a senior-level role as he provides operational, financial and administrative leadership for both schools. Previously, Gardiner worked in several clinical departments within the University of Maryland School of Medicine (UMSOM). He most recently worked in UMSOM’s pediatrics department.

“Mr. Gardiner has built an impressive track record during his 16 years at UMB. We are very excited to have him on our team and look forward to his leadership as the chief administrative and financial officer of the Schools of Dentistry and Nursing,” said UMSON Dean Jane M. Kirschling, PhD, RN, FAAN. “With his strong background in finance and administration, I am confident that the financial futures of both schools are in great hands.”

Gardiner earned his master’s degree in business administration with a concentration in finance from the University of Baltimore; and his bachelor’s degree in accounting from DeSales University.

The University of Maryland School of Nursing, founded in 1889, is one of the oldest and largest nursing schools, and is ranked sixth nationally. Enrolling more than 1,700 students in its baccalaureate, master’s, and doctoral programs, the School develops leaders who shape the profession of nursing and impact the health care environment.