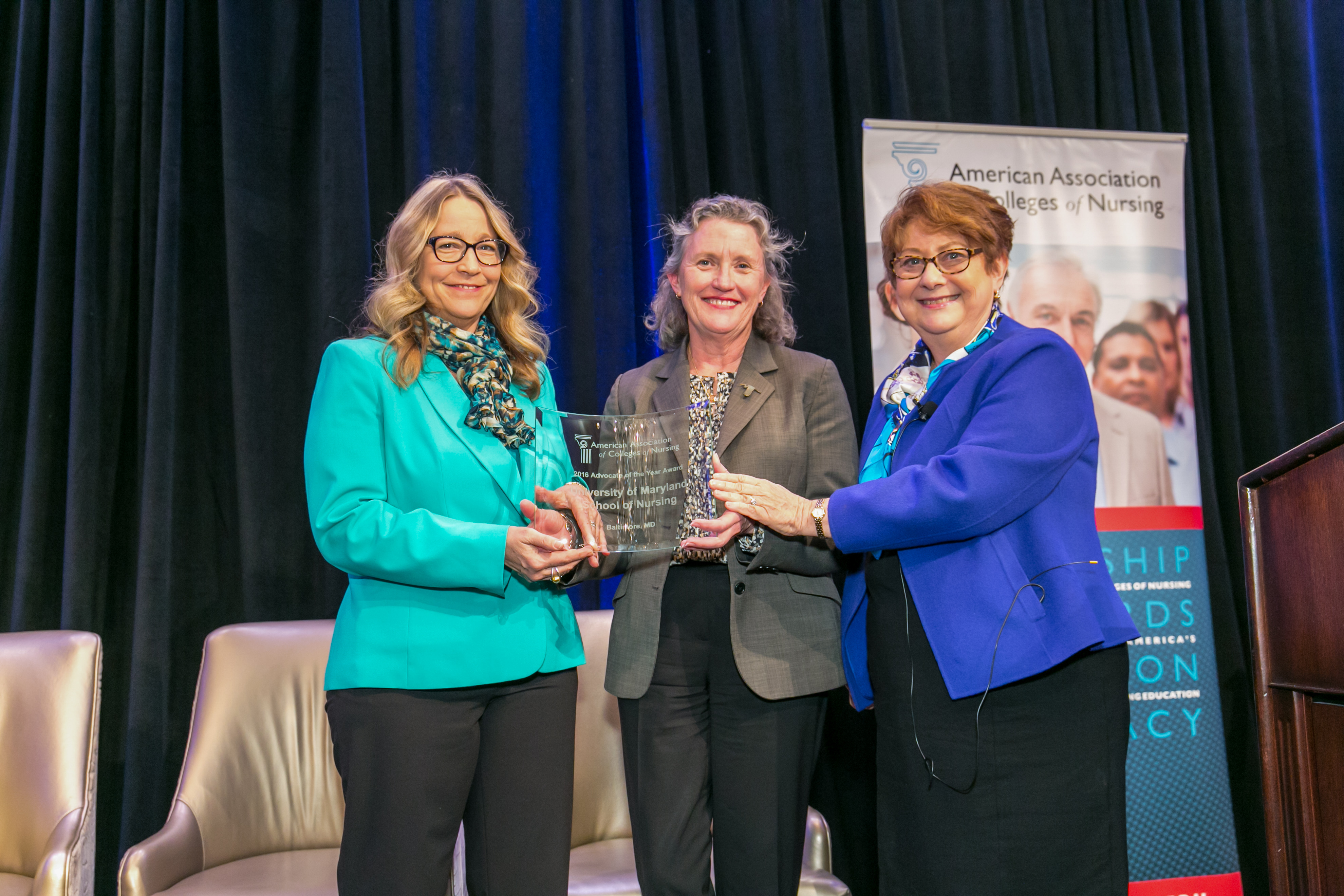 School recognized for extraordinary advocacy over the past year.

“It is a wonderful honor to receive the AACN Advocate of the Year award and to do so on behalf of all the individuals at the School of Nursing who so vigorously work on behalf of nursing education, research, and practice,” Kirschling said. “My special thanks go to Stephanie White, who has provided so much of the staff support for our efforts as the Maryland Grassroots Liaison for AACN. Collaboration and teamwork are critical for effective advocacy, and Stephanie has helped ensure that we keep the nursing community informed and galvanized.”

The Advocate of the Year Award, established in 2010, recognizes a member dean and/or school whose extraordinary advocacy over the past year has advanced academic nursing priorities in the federal sphere. The top advocate is determined through a review of messages sent to Congress, responses to Action Alerts, and Capitol Hill visits.

“UMSON’s advocacy is not limited to the federal level, so I’m also very grateful to the many individuals who work on important state-level issues. One of the great joys is also to see the participation of our students, whether during an AACN Advocacy Day in Washington, D.C., or advocating in Annapolis,” Kirschling said. “It is heartening to see their leadership emerge and know that the next generation will continue to speak out on behalf of nursing and the individuals that we care for.”

AACN serves as the catalyst for excellence and innovation in nursing education, research, and practice. It has a long tradition of recognizing individuals and organizations for their outstanding achievements in support of the nursing profession.