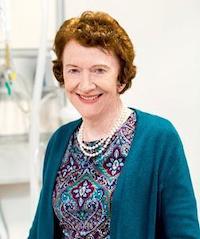 Burgess’ online lecture will trace the changing historical context for sexual violence over the past 50 years and explore the implications of this for current clinical practice, as well the understanding of both victims and perpetrators. It will provide evidence-based guidance on the presenting characteristics and behaviors of sexual predators and outline best practices for using trauma-informed approaches in the assessment and treatment of victims of abuse. And it will probe the progress made or not made with regard to nurses’ legal and clinical responses to sexual violence and the impact of this on victims, offenders, and society at large. Although the issues of sexual assault and sexual violence have vaulted into the headlines, the slow, hard scientific work to understand victims and perpetrators has been the focus of Burgess’ research, publication, and teaching for close to 50 years.

A pioneer in the field of victimology and forensic nursing, Burgess is recognized for her contributions to understanding sexual violence. In an era during which rape was not discussed, Burgess and her colleague Lynda Lytle Holstrom began one of the first hospital-based programs for rape victims. Their resulting publication in 1973 in the American Journal of Nursing of findings drawn from their interviews of 146 rape victims aged 3 - 73, “The Rape Victim in the Emergency Ward,” called into question victims’ treatment by police, health care institutions, and the criminal justice system; raised the notion that rape was about power and control; and advocated crisis counseling for victims. Burgess and Holstrom’s subsequent 1974 publication in the American Journal of Psychiatry, “Rape Trauma Syndrome,” introduced the term into the scientific literature, delineated the syndrome’s symptomatology, and noted that one of the variations, the silent rape reaction, required clinicians to be “alert to indications of the possibility of rape … even when the patient never mentions the attack.” She recently published the third edition of her seminal text, Victimology: Theories and Applications, and provided the afterword to The New Evil: Understanding the Emergence of Modern Violent Crime.

Burgess entered popular culture as the role model for the television character Dr. Wendy Carr in the Netflix series Mindhunter. It is based on Burgess’ work with the FBI interviewing victims and systematically cataloging information from these interviews, as well as subsequent efforts to understand the minds of serial killers, which contributed to a criminal profiling system and was the first to establish connections between a killer’s past trauma and subsequent crimes. In keeping with her commitment to the advanced education and practice of nurses, Burgess, a board-certified psychiatric clinical nurse specialist, only regrets that her fictional self was portrayed as a psychologist rather than a nurse.

At this lecture, UMSON will pay tribute to Ann Ottney Cain (1934 - 2020), PhD, RN, CSP, FAAN, professor emerita, who was a leader in psychiatric mental health nursing, specifically in family systems therapy. Her tenure at UMSON spanned more than three decades, and upon her retirement in 1994, her colleagues, students, and friends created the Ann Ottney Cain Endowed Lecture in Psychiatric Nursing. Cain passed away in February.

"Dr. Cain reframed understanding and treatment assessment to include the significant relationships in every unique family system. This system thinking broadened individual perspectives and enhanced student practitioners’ abilities to become nonjudgmental, empathic witnesses,” said Charon Burda, DNP ’19, MS ’03, PMHCNS, PMHNP-BC, CARN-AP, associate professor and director of the Psychiatric Mental Health Nurse Practitioner specialty. “The systems thinking process remains a cornerstone of our curriculum today. The Psychiatric Mental Health specialty stands on the shoulders of transformational leaders who represent a long, rich history; innovation; integration of evidence; and healers of great influence. Dr. Ann Burgess, this year’s esteemed presenter and a colleague of Dr. Cain, worked in the forensic system, broadening understanding and new assessment considerations to therapeutically respond to victims and perpetrators involved in violent reactions. These educators represent the highest level of scholarship, leadership, dedication, and service. Our students, faculty, and alumni are honored to be a part of this rich, distinguished lineage."

The 2020 - 21 Dean’s Lecture Series will include three additional lectures scheduled for later this winter and next spring.

The University of Maryland School of Nursing, founded in 1889, is one of the oldest and largest nursing schools in the nation and is ranked among the top nursing schools nationwide. Enrolling nearly 2,100 students in its baccalaureate, master’s, and doctoral programs, the School develops leaders who shape the profession of nursing and impact the health care environment.