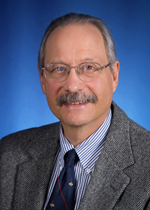 An emeritus faculty member is a retired professor who has demonstrated an exemplary record of service to the School and to the profession. The faculty member must also express a desire to continue to support the School’s mission. While at UMSON, Johnson co-led the School’s first research center, the Center for Excellence in Work and Health, and developed the global health certificate, serving as its director. The 12-credit certificate, which is available to all UMB students, affords students the opportunity for field placement experiences in low-income countries such as Haiti, Zambia, Nigeria, Kenya, Malawi, Liberia, and Rwanda.

Additionally, in 2012, Johnson was instrumental in arranging UMSON’s participation in the Rwandan Ministry of Health’s Human Resources for Health program, which is supported by the Clinton Health Initiative. The groundbreaking, seven-year, interprofessional collaboration brings together expertise from dentistry, medical, nursing, and health management academic programs at 13 top U.S. institutions of higher learning to address Rwanda’s critical shortage of medical, nursing, and dental workers; poor quality of health professions education; poor infrastructure; and inadequate management of health facilities, according to the program’s website.

“We are very fortunate that Dr. Johnson chose to finish his illustrious academic career at the University of Maryland School of Nursing. He is held in the highest esteem and remains greatly beloved by our faculty, staff, and students for his compassion, integrity, intellect, and commitment to mentorship,” said UMSON Dean Jane M. Kirschling, PhD, RN, FAAN. “Many students across the UMB campus have committed to working on issues surrounding social justice and improved working conditions because of Dr. Johnson’s impactful teaching style and guidance.”

During his 30-year career, Johnson dedicated himself to the science of social epidemiology and theory. His research and scholarship contributed to national and international attempts to ameliorate the impact of adverse work and social environments on the health and well-being of populations in the United States, Europe, and the developing world. Johnson’s work has been documented in more than 75 publications, 65 abstracts, 54 national and international presentations, 16 technical reports and monographs, and five books.

Since his retirement, Johnson has continued to lecture at the University and elsewhere on community health, ethics, global health, and social justice and health. Additionally, Johnson continues to mentor UMB faculty and former students and to advocate for racial justice in the community.

“At the University of Maryland School of Nursing, professor emeritus is not just a title. I know how much it means at the School, so I’m thrilled that I have been named professor emeritus,” Johnson said. “This honor isn’t just about the work that I did while at the School but is more of a testament to the work that was accomplished by the teams I was a part of. I enjoy being able to mentor and return to lecture on topics that I have expertise in. It keeps me engaged and abreast of changes within the field.”