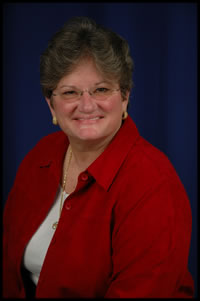 Baltimore, Md.—The Southern Nursing Research Society (SNRS) awarded Barbara Smith, PhD, RN, FACSM, FAAN, professor and associate dean for research at the University of Maryland School of Nursing, it highest honor – Researcher of the Year – at its annual conference held recently in Baltimore. The award recognizes the lifetime achievements of an individual whose established program of research has enhanced the science and practice of nursing in the Southern region of the United States.

Smith, an exercise physiologist, has spent much of her career studying the effects of exercise as an intervention for various patient populations. For many years, her research focused on the effects of aerobic exercise on cardiac patients. She later expanded her work to include other at-risk populations such as patients with diabetes, breast cancer, HIV, Parkinson's disease, and other illnesses. More recently she has worked to improve the quality of life of people with HIV in sub-Saharan Africa and the Caribbean.

“Although we had a large number of outstanding applications for this year's award, which speaks to the excellence and talent of our members, our reviewers were extremely impressed by Dr. Smith's sustained work in the important areas of cardiovascular risk and HIV,” said Cindy L. Munro, PhD, RN, ANP, FAAN, chair, SNRS Awards Committee